People tell you to kill your ego… well, that may not be a good idea!

Bruce Lee wrote that: “Punches and kicks are tools to kill the ego.” It’s become a training cliche. Whether you are training with weapons or weights, someone will eventually tell you that your ego is your enemy.

The problem with that is, your ego is also… YOU!

People tell you to kill your ego because they want you to get out of your own way. They want you to stop acting like you already know everything, because by seeking out training, you’ve already acknowledged on some level that you don’t know everything.
They want you to leave your status, or perceived status, in the world behind so that you can submit to the learning process as a student — with no chip on your shoulder and nothing to prove.

They want you to train with humility and avoid hubris — an ancient Greek concept describing a man who overestimates his own power and status which eventually leads to his downfall. In the case of training, a persons hubris makes it more difficult for them to learn and grow as a practitioner.

Conceit, hubris, arrogance… this kind of ego-tism is only one negative connotation of the word ego.

“Ego” is actually the Latin word for “I,” sometimes translated as “I, myself.”
If you train on purpose… if you train because you want to train… your training is driven by the ego.

Voluntary training is endured in the service of the ego… with the ultimate purpose of validating the ego, increasing self worth and improving status. You train because you believe that you are good enough to be better, and worth improving.
Or perhaps you see yourself training for the sake of others… to protect them or fulfill a role you believe you are good enough and able to fulfill.
If you train for honor… to be worthy of your peers, your ancestors, your gods… you train because you believe yourself to be capable of honoring them. This too, is a product of your ego.

The ego, in the broadest sense, describes your conscious mind. It makes up the bulk of your “I”. It’s the part of your mind that is awake, sentient, self-aware. It is the ego that manifests will. People train in the service of a higher version of the self, imagined and willed into existence by the ego.
Training is self-creation… becoming… not self-destruction.

The aspects of the ego which must be destroyed or contained in training are self-imposed scripts, limitations and habits which may impede the progress of your self-development. This is a pruning of the ego… a sacrifice of old growth to stimulate new growth. This pruning may be painful as you clip away or brush aside cherished ideas about the talents or even perceived limitations that you believe make you special.

People seem to take almost as much pride in the untested reasons and rationalizations they’ve dreamed up for why they can’t learn in a certain way, or do a certain thing, as they do in untested delusions of grandeur. Often, their perceived limitations are like those of a boy who believes he can’t swim or doesn’t like swimming because he fell in a pool once and didn’t know what to do.

The world is also full of people who want to tell you how much they used to lift or how fast they used to run, before they got “old” or suffered some injury that elite athletes work through all the time. “Limitless potential” is a fantasy, but most people set their own limits long before they come anywhere close to the top end of their potential. 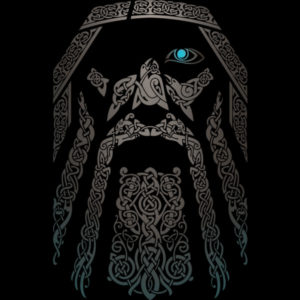 Odin is usually depicted with a missing eye, because he sacrificed one of his own eyes to the giant Mimir in order to drink from his well of wisdom. He sacrificed a portion of his superficial sight for a deeper, higher way of seeing. A Sacrifice of himself, to himself!

While some believe they can’t when they can, many others believe they could when they probably couldn’t. Millions of doughboys overestimate their ability to fight because they won an altercation in high school once… or worse, because they’ve watched a lot of videos of fights and think they “have a pretty good idea of what they’d do.”
You can find them second-guessing professional fighters and quarterbacks in front of television sets all around the world.

To truly become the kind of person who knows they have the ability and the conditioning to do what these people merely believe they can do, these couch captains would have to abandon their self-authored fictions about themselves. They would have to go through a process of failing and looking stupid before they even started to look like they knew what they were doing… much less became truly capable of performing as they’ve imagined.

To train successfully, you must be willing to sacrifice portions of your present self-concept to a future, higher version of the self created by your ego. This process requires you to exchange something you have for something you want. Nothing worth anything is truly free, and everything worth having requires some kind of sacrifice.

Instead of “killing your ego”… instead of fighting yourself… approach training as a sacrifice of a part of yourself to a higher self.

It may even be a part of you that you cling to, some idea about yourself that you’ll have to give up temporarily or permanently, because it is preventing you from becoming who your ego believes you can become.

Be the loosener your own fetters.

Determine what you have that you need to give up… time, money, work, habit, comforts… and sacrifice it on the bloody altar of your vision.

When you are tempted to feel burdened or victimized by the hunger of your vision for sacrifice, remember that you are the visionary… the father of it all.

Excerpts taken, summarized and edited for readability by myself from an article written by Jack Donovan
I highly recommend checking out the complete original article here!
Prof George