Don’t be talked out of what you want… even by Your-self!

Here is a video of me in the 2006 Colorado State Championship purple belt finals. (Sorry the audio is messed up)

My opponent, Jason Spallek, was a dominant competitor at that time… In fact, only a couple months after this loss he wen’t on to win the Silver medal in the adult Purple Belt IBJJF World Championships… winning every match by submission until losing to the (soon to be) legendary Joao Assis by points in the finals!

Unbeknownst to (now) Prof. Spallek, this is my favorite BJJ match I’ve ever had. Not because of the Title, though Colorado State Champ at that time was pretty legit… and not because I beat such a high level opponent in Prof. Spallek… but because of the events leading up to this tournament and how much was riding on the outcome.

A year prior to this event I had a bad neck injury that caused serious damage to the disc in my C5-C6 vertebrae. This injury was due to a traumatic event, combined with the sum total of just living a crazy life. This injury was particularly bad because it caused my disc herniation to be so bad that the disc actually shredded and disc material shot into the fluid area of my spinal cord causing substantial weakness and loss of function on the right side of my upper body. It required me to undergo a C5-C6 spinal fusion surgery in my neck.

To most of the people around me, this was it… the end of the road for me and Jiu-jitsu. It was commonly accepted by everyone advising me that being able to safely engage in an activity like BJJ wasn’t going to be a good idea… let alone perform at a high level.

After a lot of searching I finally found a Sports medicine clinic that would take me on and perform the surgery and rehab with the approach of trying to get me back on the mat.

Fast forward through 6 months or so, a long recovery and entry back into training I still wasn’t completely sold on my ability. I certainly wasn’t feeling like the old me… you could say even a little depressed at that point probably. So many people had said I wasn’t going to be able to do this anymore it started getting into my head and I was doubting my ablity to come back.

When the Colorado State Championship was announced, on a whim I decide to enter… no hard training, no prep or competition camp…  just straight in cold turkey… ‘As is’ as they’d say! This was going to be IT! I wasn’t going in to win, I just wanted to see if I still had it… to feel if I could still hang with people really trying to take my head off out there. If i went out and just felt and looked like crap and got my ass kicked, I would wrap it up.

On the day of the event I was as calm and good spirited as I ever was on a tournament day. Basically, I had already come to grips with the fact that I was going to quit Jiu-jitsu forever. In my mind, the decision was already made… going out on the mat and receiving my public beating and was just the proof I needed to justify the decision to myself.

To my surprise, and considering the state I was in at the time, I felt surprisingly… decent. After the event I felt for sure I could keep doing this at a level I’d be satisfied with. It wasn’t until few months later after Prof Spallek went on to win the World Championship Silver medal so dominantly that I truly cast out the Nay-Sayers and decided that BJJ not only was something I would be able to do, but it would be something I could excel at…  and I DID go on to compete in the highest level events in the world and do well including events like the World Championships and the PAN!

Looking back now it’s hard to even fathom that I came that close to walking away from Jiu-jitsu. After that, I decided that only I will determine what I can or can’t do no matter the odds or poll of public opinion.

This lesson of never quitting would be an important one for me. Over the years I’ve hit many road blocks but none more traumatic than my dissected Aortic Aneurysm in 2017. In early 2017 I had an unknown about Aortic aneurysm dissect and begin to rupture. I rushed to the Emergency Room were I was immediately put on the table for emergency Open Heart surgery to replace my heart valve and graft in a section on prosthetic aorta artery.

Survival of this type of event is almost zero, and the lifestyle of most who do survive is often times very limited… so again, BJJ became an after thought. Immediately… again…. I would never be able to do Jiu-jitsu.

Well, 3 years later and Im still here training. Though no longer competing on a pro level, I’m still able to participate at a level that is healthy, productive and beneficial. It was a hard road for sure but even that was doable.

The moral of this article is not to brag about my recovery, but to let you know I know were you’re coming from.

I hear you when you say… you don’t know if you can do this.

That you don’t think something like this is for someone like you with X, Y or Z injury… history… or background.

Your spouse doesn’t think this is a good idea… I know!

People in your life are saying you shouldn’t be doing it… I get man, really!

But I’m here and I’ve found a way to make it happen, and I’m nothing special.

So when I hear those concerns I want you to know that THERE IS  a way for you to be involved. A way for this to be productive for you… a way for you to make progress and improve you life through Jiu-jitsu.  Don’t ever let anyone tell you what you can and can’t accomplish.
If there is something in your life you want bad enough, there is always a way to get it. Even in the face of the nay-sayers… you can shut them all up. Even if that nay-sayer is you. 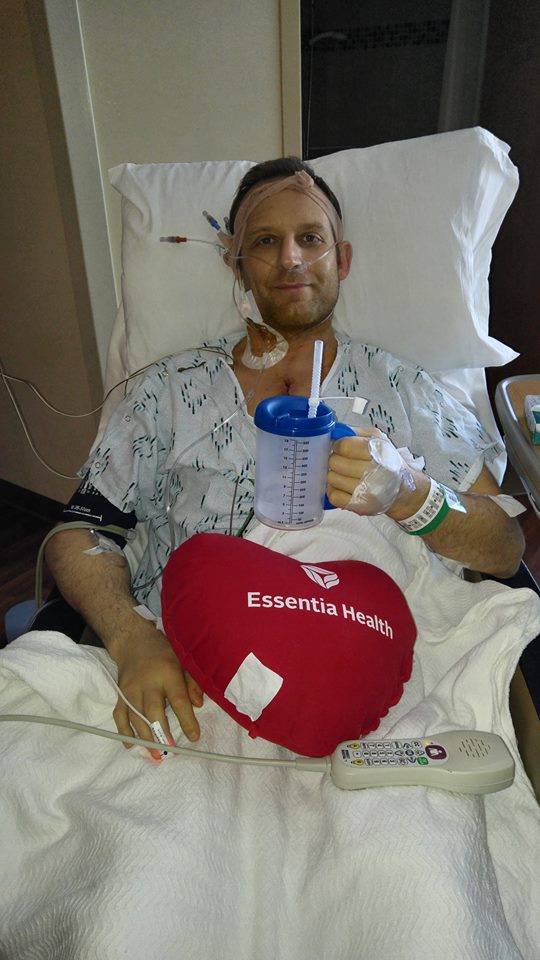